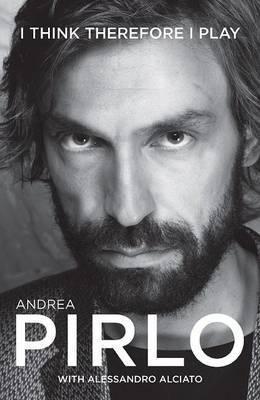 Andrea Pirlo has been the playmaker for each of Italy's big three clubs--Inter, Milan and Juventus. He has won the Champions League and the World Cup. He reinvented his position, playing deeper than any playmaker before him and using a wider passing range. He is also one of the best free-kick takers in the history of soccer. In July 2015, he signed for MLS side New York City. Alessandro Alciato is also the coauthor of Carlo Ancelotti: The Beautiful Games of an Ordinary Genius.

"Like its author, Andrea Pirlo, I Think Therefore I Play is short, subtle and imaginative. It is football as art and philosophy rather than warfare." --London Times.